The Greek region of Laconia includes some of the most historic and spectacular parts of the Peloponnese, including the city of Sparta (the regional capital), the Mani peninsula and, on its eastern edge, the extraordinary presque-île of Monemvasia. Seen from the mainland, this huge rock – over 100 metres high, 300 metres wide and a kilometre long – towers over the sea that encloses it, surrounded by precipitous cliffs on every side. Connected to the shore by a narrow causeway, it makes a formidable natural fortress, and in the middle ages an important city grew up on its summit, connected to a small walled town on the narrow shelf at its base.

Lacking water and reliant on man-made cisterns cut into the rock, the city was gradually abandoned and today lies in romantic ruins, overgrown with scrub and difficult to explore. But the little town has been gradually restored, and now forms a car-free tourist haven. It was while staying at a luxury hotel here that British perfumer Tom Daxon found the inspiration for his latest scent, in the form of lemonade made with ice, local mint and honey and lemons grown on the hotel’s own estate. He’s named it after the region, which itself gave us the word ‘laconic’, apparently because Spartans were famously sparing with words.

Like me, Daxon is a fan of colognes, especially for the summer months, but he also feels that his customers want something that lasts longer than a few minutes on their skin. Citrus scents, refreshing though they may be, are notoriously short-lived, so the question was how to extend his new fragrance in an interesting way. His solution includes quite a long list of zingy and green ingredients, starting with lemon, yellow mandarin, orange and bergamot, followed by violet leaf, spearmint and clary sage, as well as ginger, cubeb, pink pepper and cardamom, all underpinned by vetiver and long-lasting synthetic musks.

The result is an attractive, fresh-smelling perfume with good staying power, though personally I’m willing to forego longevity in a cologne in favour of that all-important if all too short-lived blast of uplifting freshness – a laconic cologne, if you will. But when you’re paying £155 for 100ml, I can see the argument in favour of depth and development. I also admire the design of Daxon’s chunky, faceted bottles and smart monochrome packaging, which adds to the feeling of weight and lasting quality. 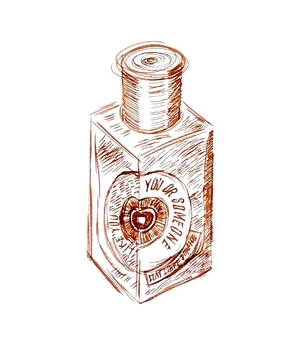 Victor Hugo, Tom of Finland, Tilda Swinton and the Marquis de Sade may not, on the face of it, have a great deal in common, but they have all inspired perfumes from the French niche-fragrance brand Etat Libre d’Orange.

You Or Someone Like You is a collaboration with American perfume critic Chandler Burr, inspired by (and named after) his first novel, a comedy of manners set in Los Angeles, which I’d highly recommend. Though Burr points out that his perfume is not intended as an ‘olfactory landscape painting’, the heroine of his book is a keen gardener, and the scent he’s created with perfumer Caroline Sabas is as fresh as a spring morning in Beverly Hills.

Zingy citrus, rose, sharp grass and delicious hit of spearmint make for an addictively refreshing summer cologne – so addictive, in fact, that my bottle is already half empty.

The mouth-watering smell of mint might be one of the most  refreshing scents in the natural world, but it’s a bugger to use in perfumery, for the simple fact that toothpaste manufacturers got there first. Mint has been the most popular flavour for toothpaste since the early 20th century, so it’s a brave perfumer who decides to make it the main ingredient in a scent.

Enter the Yorkshire-born, Paris-based scentorialist James Heeley, who in 2004 released Menthe Fraîche, a bold and rather brilliant fragrance that puts mint firmly on centre stage – and got away with it without making it smell like mouthwash.

Menthe Fraîche smells fantastically minty by dint of a clever combination of natural and synthetic ingredients that reinforce and support each other in a way that simply spraying mint-oil on yourself never would. James Heeley notes that ‘Menthe Fraîche was a collaboration with a laboratory in Grasse, inspired by the smell of Corscian mint underfoot. It includes bergamot, a lot of cedarwood, fir balsam and white musk. It’s fresh without being overpoweringly minty.’ It includes both spearmint and the colder-smelling peppermint, as well as hints of green tea.

Though sadly it doesn’t last very long on the skin, Menthe Fraîche does keep going longer than some reviewers have claimed; I can still smell it a couple of hours after spraying it on, but then it’s a pleasure to reapply. And it is, after all, a cologne, something you’d use to freshen up on a hot summer’s day, rather than the kind of heavyweight perfume you might long for on a cold winter evening.

Created in collaboration with the professional perfumer David Maruitte, it also has a raft of synthetics, detailed by Chandler Burr in a typically excellent article for the New York Times, which you can read here. In a variation on the theme of art concealing art, Menthe Fraîche smells so wonderfully fresh and natural precisely because of the synthetic molecules in its make-up, not despite them – and that for me is one of the wonders of professional perfumery.

Jacques’ grandson, Jean-Paul Guerlain, continued the family tradition, creating many superb fragrances of his own, for women and for men, including three of my own personal favourites – Vétiver (1959), Habit Rouge (1965) and Héritage (1992). But his reign ended sadly: after the Guerlains sold out to LVMH, Jean-Paul became just one of Guerlain’s hired hands, and in 2010 even his post-retirement role as a consultant was terminated after he made a casually racist remark on French television.

I’ll return to some of my own favourite Guerlain perfumes in future reviews, but I’ve recently been given, very generously, a bottle of Guerlain Homme L’eau Boisée, and as I rather like it I thought it would be good to feature something that was only released in 2012.

L’eau Boisée was created by Thierry Wasser, the Swiss-born perfumer who, before he took over from Jean-Paul Guerlain in 2008, worked for the multinational fragrance company Firmenich and was responsible for perfumes as diverse as Dior’s Addict, Diesel’s Fuel for Life and Kylie Minogue’s Darling.

Wasser’s original Guerlain Homme was released, to mixed reviews, the same year that he joined the company in-house. With a nice touch of wit, it’s based on the smell of a mojito, the Cuban cocktail whose ingredients include white rum, spearmint leaves and lime juice, but it’s been generally described as a fairly mass-market men’s fragrance – perfectly wearable, at least, but hardly up there with Habit Rouge or Jicky.

Since then, impelled by perfume retailers’ insatiable (and ultimately self-defeating) demands for novelty, Wasser has so far created three further versions of Guerlain Homme: Intense (2009), L’eau (2010) and L’eau Boisée. This last is a soft, woody fragrance, whose initial fresh scent of lime fades fairly quickly, to be followed by the warm scent of cedar wood and the pleasantly earthy smell of vetiver (Wasser uses a special vetiver from Tamil Nadu in southern India, apparently, rather than the more usual variety from Haiti or Réunion).

I can’t smell rum in L’eau Boisée, but to me it does have a faint but not unpleasant smell of celery, and a faintly sweaty (but again not unpleasant) scent that reminds me of a bottle of Penhaligon’s Hammam Bouquet that I used up years ago – must go and have a sniff to compare.

Would I rush out and buy a bottle? I’m not sure I would, as it’s hardly a groundbreaking scent; but as new perfumes go it’s both pleasant and rather refined, the kind of thing you could safely buy for an uncle or a friend. I’d be interested to know what you think.