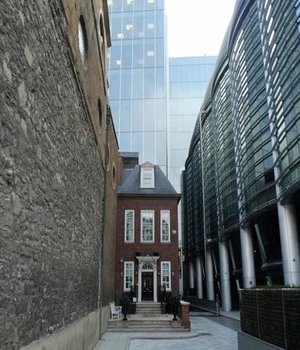 When ignorance is bli$$

Choosing a new fragrance is a tough experience at the best of times, mainly because of the way that almost all perfume is currently sold – in the cacophonous, distracting, high-pressure sales environment of a department store, duty-free shop or (in Britain) a bigger branch of Boots. When it comes to finding the right perfume for you, what you really need most of all is lots of time – time to compare different fragrances; time to discover how they change over an hour or two on your skin; time, more than anything else, to think.

That’s hard enough when there’s a salesgirl on commission standing at your elbow saying ‘Have you tried the new * * * * * ?’ and attempting to spritz you with something that would probably work quite well as a fly-spray for cows. But it’s struck me that there’s something else you need if you’re ever going to start building up a half-way decent idea of the perfume landscape, with all its peaks and troughs. And that is lots of money.

Now we all know that perfume isn’t cheap, and we’re perfectly well aware that its price rarely reflects the cost of its production, even when you factor in expensive marketing campaigns and the inflated fees of cocaine-crazed copywriters. In some perverse way it’s actually part of perfume’s appeal, giving it an aura of exclusivity even though the more sensible part of our brain knows that it’s actually decanted from vast vats in anonymous factories somewhere in New Jersey.

That’s fine, maybe, if you’re the kind of person who buys perfume once a year for Christmas or your birthday. But what if you want to build up a useful reference collection? That’s going to take deeper pockets than most of us have, or years of slow accumulation. Small wonder that so few people feel confident about making an informed choice: how can they unless they’ve smelled a lot of other perfumes so they’ve got something to compare a new one with?

Over the years I’ve bought plenty of perfume of my own, and let’s say (for the sake of argument) that I’ve got around a hundred different bottles now. Given that a low average price for a bottle of scent must be at least £50, that’s a minimum of £5,000 worth of perfume sitting on my shelves, and conceivably much more.

At the same time there seems to be something of a price war going on between the major perfume brands – but a price war that’s going in the opposite direction to most price wars, in that more and more brands are launching what marketeers probably call ‘super-premium’ scents, with even more exorbitant prices than the general run of so-called ‘premium’ fragrances. And this in the middle of a recession that’s leaving many of us feeling anxiously out of pocket. What on earth is going on?

I really don’t have much idea, but my real point is this: if the majority of people can’t afford to buy many different scents, how can they ever be expected to become as informed consumers as they may be, say, about wine – another ‘premium’ product, but one whose costs are so much lower? It’s almost as if the perfume companies would prefer their customers to remain in not-so-blissful ignorance so they can sell them whatever old rubbish they choose to spend their marketing budget on that month. But surely that couldn’t be true?