The world is full of fresh smells, but only a few of them are widely used in perfumery – mainly the sharp but fruity smells of citrus, which give eau-de-colognes their uplifting zing. The scents of mint or pine-needles are equally fresh and invigorating, yet few people want to smell of either, for the simple reason that mint is so strongly associated with toothpaste, and pine with household cleaning products. It’s a brave perfumer who attempts to use either of them in a fragrance, but Géranium pour Monsieur is a brilliant demonstration of how it can be done.

Created by Dominique Ropion for Frédéric Malle in 2009, this is a wonderful alternative to classic colognes, and it also offers something that colognes don’t have: a freshness that lasts not just for a few minutes or an hour or so, but almost all day long. Ropion has cleverly extended the refreshing scent of mint by mixing it with geranium (or rather pelargonium) oil, which has a minty side to it but lasts much longer than mint alone, and a spicy side that is emphasised here with the addition of aniseed, clove oil and cinnamon.

Like all the perfumes that Malle has commissioned for his Editions de Parfums range, this is a rich, complex scent, and its freshness is underlaid with smooth but luxurious ingredients like sandalwood, long-lasting synthetic white musks, and smaller amounts of incense and resinous benzoin. I think it’s a masterpiece, and a fine addition to the wardrobe of any well-dressed man. 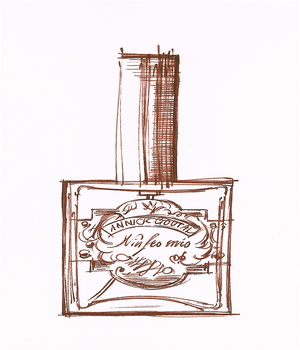